Considering the physical fundamentals of hydrofoiling, we have to take a look at Bernoulli´s law. Daniel Bernoulli was a Swiss physicist and mathematician who explored the basics of flow mechanism with the Bernoulli equation in the 18th century. Venturi later improved the equation, better known as the Venturi effect. 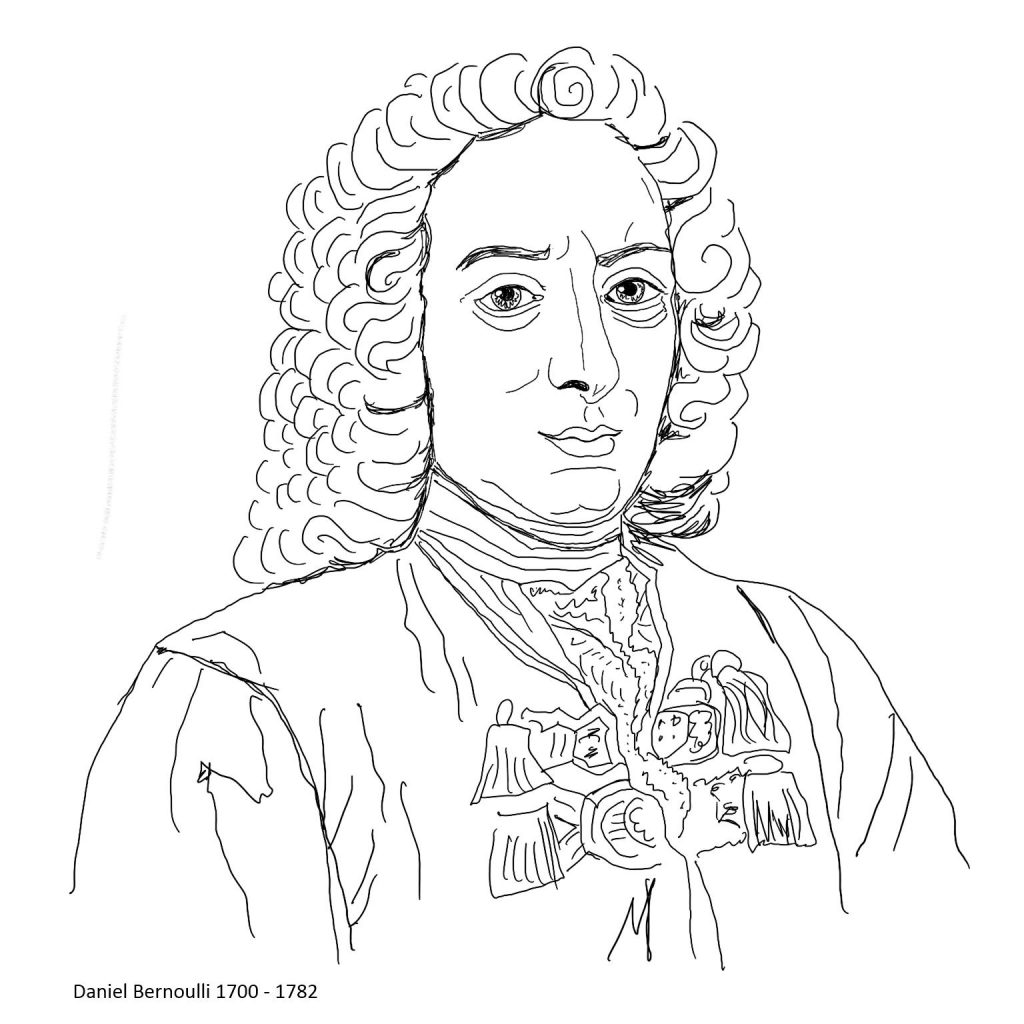 Bernoulli’s law states that the specific energy on a thread of current is always constant. This energy consists of energy of pressure, energy of velocity and energy of location. Furthermore, Bernoulli found out that fluids will speed up if they reach a reduction.

This is the effect behind a flying airplane. The current on the upper side of the wing speeds up, therefore the pressure decreases. Now the ambient pressure in the surrounding lifts the airplane.

The same principal works on the wing of a hydrofoil.

The engineers of Woodboard applied this principal on their freeride boards.

Instead of a wing, the current on a kiteboard speeds up on a restricting channel towards the tip.

Using realistic numbers in Bernoulli´s equation, we calculated an additional uplift force of 1 up to 2 Newton. Which is equivalent to 10 up to 20 kg.

That basically means that the kite just needs to move 70 kg, even though the rider´s weight is 80 kg.

That’s the reason why the Woodboard CRBN and CHAME have such good riding abilities on low end, enormous upwind qualities and loose feeling on the feet.

We made this effect visible on digital flow simulations. With an inlet velocity of 6 knots (green), the current reaches an exit velocity of 9 knots (yellow).

To give a review:

Gliding with a “normal” twintip board

A volume flow hits an incline. The generated force separates in two components: the uplift force and the propelling force. If the uplift force is higher than the rider´s weight, the board starts gliding. The resulting force points upwards.

Gliding with a Bernoulli-Venturi shape

The restricting channel of the freeride boards Woodboard CRBN and CHAME speeds up the current additionally to the above shown relation of forces. Now the pressure under the board is lower than the ambient pressure of the surrounding. This effect generates an additional uplift force.

This effect makes the board glide early even in low wind situations, it rides upwind very easily and offers a loose feeling at the same time. Because there is less uplift force needed, the board can generate propelling force instead. This leads to more speed and a fast ride.

Loading...
Manage Cookie Consent
We use cookies to optimize our website and our service to give you the best experience. Functional cookies are necessary for the proper function of our website, therefore can´t be disabled. Please give us your consent for the other cookies too, you will help us to improve our services by collecting anonymous analytics data.
Manage options Manage services Manage vendors Read more about these purposes
View settings
{title} {title} {title}